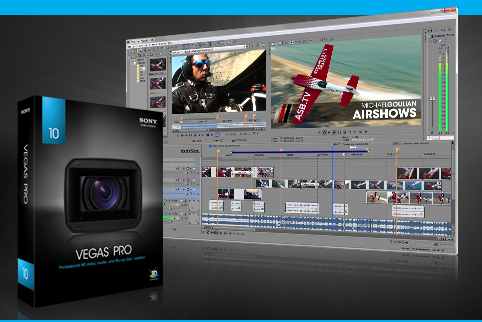 I’m no Apple apologetic, but I thought it was important to look at what the release of #FCPX has done to the post production world.

Given the nature of what occurred with the release of Apple’s Final Cut Pro X, and the debacle that ensued as a result of the new application being so radically different as to no longer provide the level of collaboration that mainstream apps like Final Cut Pro, Avid’s Media Composer and Adobe’s Premiere Pro offer, the question that’s slowly begun to surface in my mind is an important one:

Is post production moving mainstream to a self contained ecosystem paradigm?

Hollywood is viewed as the standard by which production houses have done what they do.  You have multiple people who have a niche specialty – ie; cutting, sound design, CGI/effects, color grading, etc.  Many times, those jobs are farmed out to other specialty post production companies.

With the release of FCPX, Apple, which made a name for itself in the late 90’s with their affordable release of Final Cut Pro 1.0 all the way through to version 7, has once again shaken the foundations of the post production world.

The release of Final Cut Pro X removed key features of collaboration from what traditional post production people have come to expect.  You can no longer export your projects to an interchange format like AAF, OMF, EDL – or even read previous FCP XML files – all which are critical in the traditional post production of content for film and broadcast.  Add to that, Final Cut Pro 7 and server are now discontinued and no longer supported, you have a ripple effect that’s being felt throughout the industry.

The clamor over the removal of critical collaboration tools has caused die hard Final Cut users to consider, and many are, abandoning ship to competing products from Avid and Adobe.

As I’ve thought about this more and more, I’m getting a sense that Apple is now publicly exerting it’s influence in this area that most solo content producers have already been doing – working as a self contained production entity.

Apple wasn’t the first to make the claim to fame of what goes on in Vegas, stays in Vegas.

That honor goes to a little known Windows based NLE: SONY Vegas Pro. In SONY’s Vegas Pro – and now in Apple FCPX, you deal with audio, titles, color grading, etc. within a single application, no longer working with a suite of applications, and the associated specialty niche editors, to produce a finished product.  CGI/Special Effects can still be done outside the ecosystem, it just requires a couple of additional steps to bring them into the timeline.  But the majority of solo/micro productions typically aren’t requiring this level of content for their projects.

Let’s look at this from a different perspective:  The vast majority of shooters, who now have democratized tools at their disposal, are producing content in amounts unheard of 5 years ago.  DSLR Video now produces content technically that rivals film when in the hands of a skilled shooter.  The tools for editing costing only a few hundred dollars now rival systems that cost thousands and thousands of dollars just over a decade ago.  A single desktop computer has more power than the render farm that produced the effects for Jurassic Park.  48 hours of video is being uploaded every minute to YouTube.

Apple has taken the paradigm so deeply entrenched in traditional post production and totally removed it from their video editing application.

To those who have relied upon the Final Cut Ecosystem, the fallout has been tumultuous.  Those who based their business model around those previous post production tools from Apple and the traditional paradigm that it entails are now left scrambling to find viable alternatives.

Having said that, I want to go back to this concept of the self contained shooter/editor – myself being one of them.  Take this a step further,a micro crew of 2-3 people total, doing all post in house.

At what point do these so called professional collaborative features become a non-issue?

That’s the question that has yet to be answered fully.  I think Apple has brought this issue to the forefront – and has set into motion a paradigm shift that will polarize the post production of content in ways that will leave alot of bodies so to speak on the side of the road, and in the process, cause a rethink of content production.

Adapt or Perish seems to be the mantra from Apple.

Only time will tell if this paradigm shift is viable. Sony has released details of their paid firmware upgrade for the SONY PMW-F3 and the buzz around it is bring a happy dance to those who use it now or for those looking to move in that direction.

The CBK-RGB01 upgrade for the F3 will allow for 4:4:4 uncompressed output over 3G-SDI (the next-generation of HD-SDI) or dual-link HD-SDI, four pre-loaded look up tables (LUTs), five custom LUTs, and most importantly an S-LOG workflow — essentially it’s more of a RAW workflow, which Sony is claiming improves dynamic range by a staggering 800%!

All of these new features come at a price: $3,300. While this may seem to be alot of money for a firmware upgrade, filmmakers interested in those enhanced features will be working on well-funded projects. As a comparison, a 4:4:4 recorder like the Cinedeck costs $10k alone. While it’d be nice to have the upgraded features enabled by default, Sony is playing it by allowing shooters to get their foot in the door for a lower priced stock F3 camera, with hopes that those very filmmakers will pony up for the future upgrades.

This upgrade justifies the SONY F3 being called a “mini ALEXA” when you consider the Arri Alexa is a $75,000 camera body and the SONY PMW-F3 body sans lenses with firmware upgrade is $17,000.

IMO, The SONY PMW-F3 is bringing a level of technical quality that is more within reach of dedicated digital filmmakers.

This looks squarely to go up against the Panasonic AF-100 – and is probably a better camera as well.

I wonder what the bitrate is considering it’s shooting in an AVCHD file format.

According to the article, the camera is priced at under $7,000, the modular AVCHD S-35mm unit features a boxy body, large top-mounted screen/viewfinder, sturdy mike extension that doubles as a carry handle, and a right-side hand-hold grip — the latter two components being easily removed to convert it into a compact, studio-type camera.

Apparently, there is a photograph embargo until March 23rd when the camera will be officially unveiled.